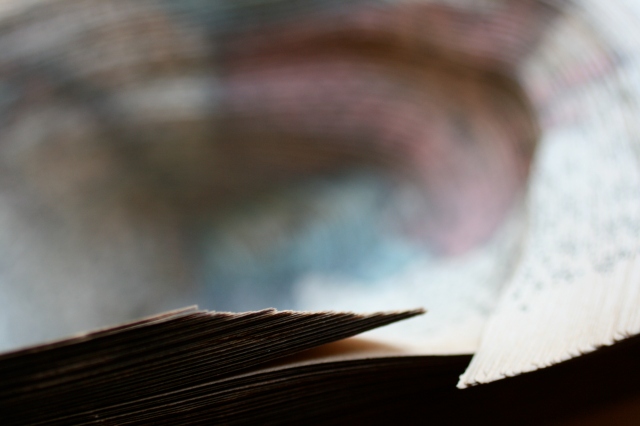 I have recently finished my contribution to Al-Mutanabbi Street Project: a series of three altered copies of The Outline of History by H.G. Wells.

The English science fiction writer, not satisfied by the quality of educational History books of his time, wrote his personal contribution to the History of the World: while I was wandering around second-hand book shops, I found three different american editions of his texts and I decided to transform them into objects that would carry a sacred symbolic value.

The Outline of History: spines

I titled my three books after the ex-votos, votive offerings that cover the walls of certain little churches in devoted communities, mostly of Southern Europe and South America. It is a very intimate and traditional way to communicate with the supernatural that has always impressed me.

My intervention consisted in printing old medical images of hearts directly on the pages and in carving the books with surgical cuts that would reveal the volumetric and material quality of the objects.

work in progress on the three books

This treatment, of course, doesn’t allow the text to be completely read.
The words and images are still there though: they interact with the added images creating new patterns on the altered paper.
Milestone events in Wells’ History are evoked by the names, the fragments of maps and the portraits that survived the cuts and that can be found when flipping through the scattered wounded pages.
In the three books, History doesn’t follow a chronological order: the eye is drawn through the holes and deep into the space, carved away by the scalpel, to create connections between events otherwise distant, allowing the reader to experience a dynamic and organic way of conceiving the evolution of the World.
The books have been donated to Al-Mutanabbi Street Project: they will tour in national and international exhibitions and one of them will be sent to the Iraq National Library. 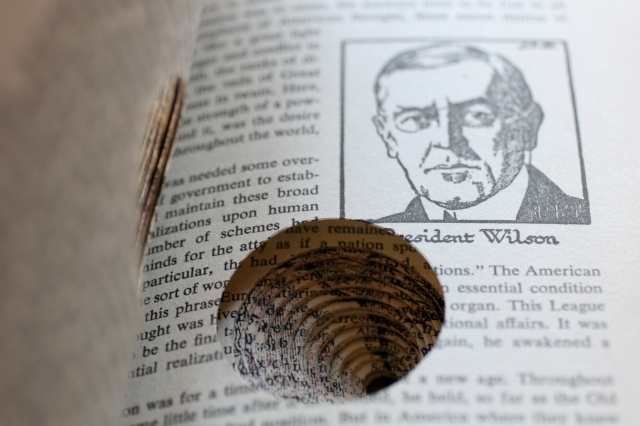 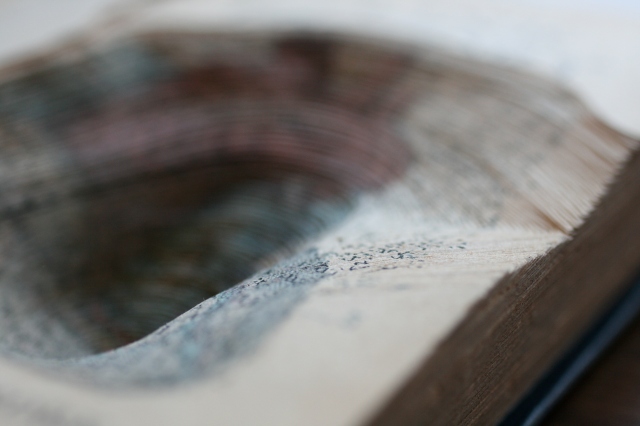